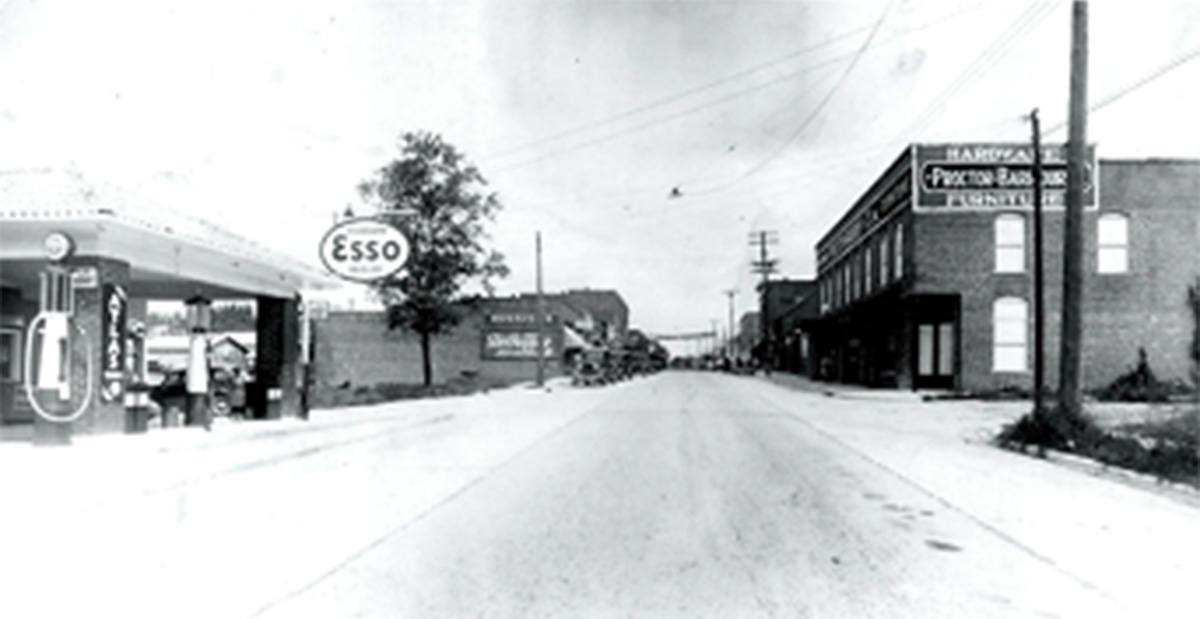 The Museum continues to do research on topics which surface as we are working or as we receive requests for information. Recently, an interview with Eleanor Howard resulted in a “query” about a Robert Wadlow visiting town. We had found a reference in the Independent files about a “giant” coming to town, so putting these two leads together, we are sharing our finding with interested museums fans.

“Robert Wadlow, the world’s tallest man, will visit Fuquay Springs on Tuesday, December 5,” quotes the Independent of Nov. 30, 1939. Rufus S. Ashworth, whose establishment had opened in 1937, sponsored the visit. Mr. Wadlow arrived at 5:00 p.m. Ashworth had sent invitations to 5000 persons announcing the event. The young man also visited Angier on the same date according to the Independent.

While we don’t know how many actually came to the local store, Mrs. Howard and Mrs. Sara Ragan both remember seeing the visitor. “He sat upon a truck,” Mrs. Howard remembers. Several of the Ashworth family also recall the visit.

The young giant, who hailed from Alton, Illinois, was accompanied by his father who was a normal size of six feet. Young Wadlow was listed as eight feet nine and one half inches in height. Taller than anyone in the United States or modern world history, he is still regarded as the tallest individual for whom there is no refutation. His height came from a pituitary gland condition called hyperplasia.

Continuing to grow until he died at the early age of 22 years, he was last measured at 8 feet, 11.1 inches. Because of his condition, he required braces to walk. His death resulted when a blister caused by the brace became infected.

Research shows that Wadlow died on July 15, 1940 and was buried in Illinois. A life-size statue of him was erected in Alton in 1896.

He intended to study law but because of his condition, he became a celebrity with the Ringling Brothers Circus. The two ladies believe that his appearance was connected to publicity for a shoe company. Indeed research shows that he did a promotional tour in 1938 for the International Shoe Company which provided his shoes. Wadlow was also a Freemason. Coincidentally, Mr. Ashworth was also a Mason and could have heard of the fellow Mason who required the largest Freemason ring ever made.