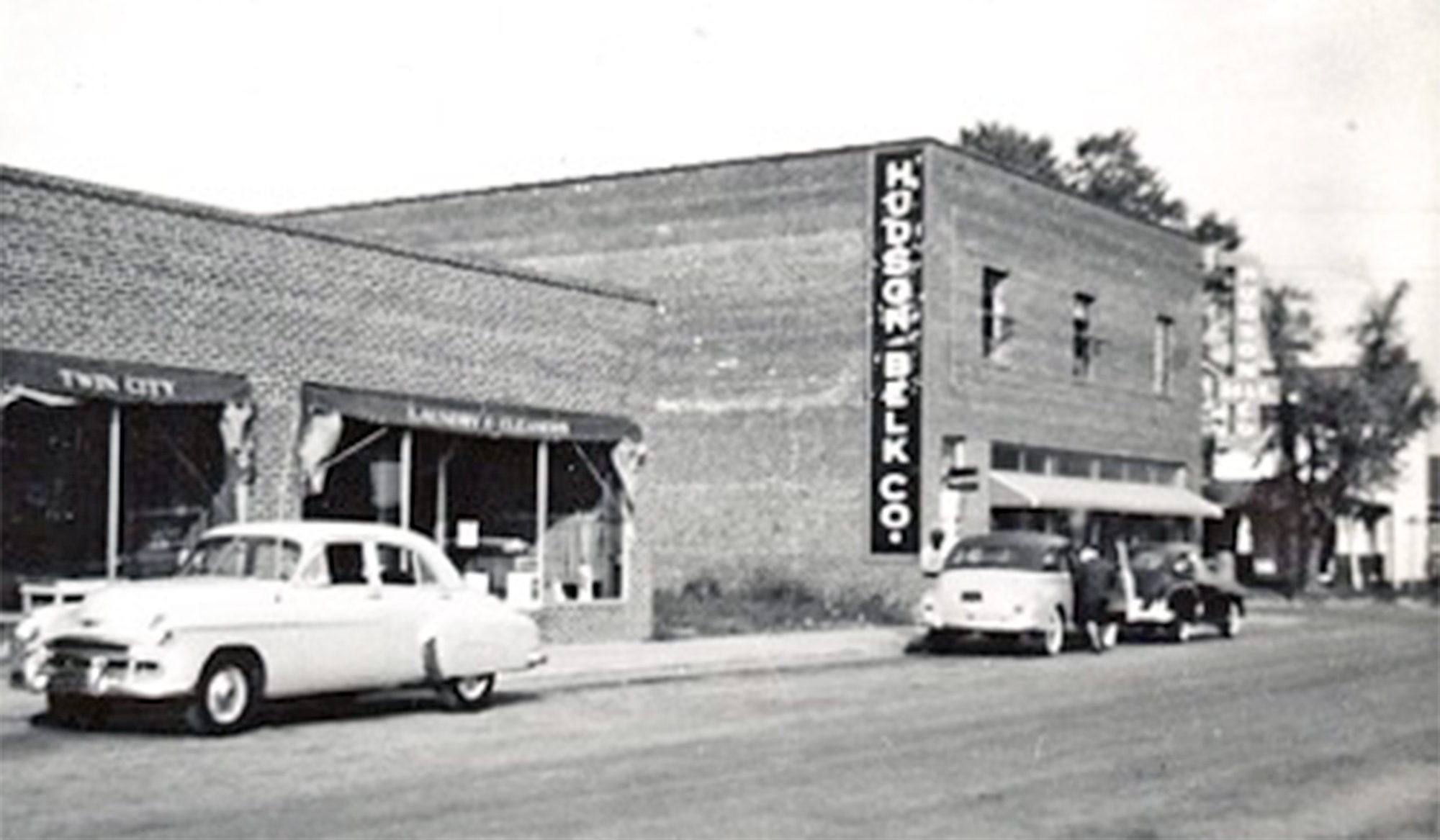 Since the museum staff continually receive this question, we have spent some time in research. Our aim is to preserve the history of this building from the early era as it is about to take on life as a new entity entirely. There are a few pieces of information we still seek and we are open to any other occupants of the upstairs whom we have not uncovered in our research.

David Grayson Senter and wife Grace C. Senter bought the property on Vance Street, April 6, 1948 and constructed the two story brick structure to house their building supply business. In 1948, on the first floor, they sold building supplies while they leased and/or rented the upstairs to various other establishments and group. Their original building supply business on this site operated slightly over one year.

WFVG, “Watch Fuquay Varina Grow,” the brain child of Starlon Adcock seems to have been the first tenant upstairs in December of 1948. This radio entrepreneur had Adcock relatives in Fuquay and Wilbon. (Notice that Fuquay-Varina as a designation is one of many which predate our official 1963 change of names.) Dorothy Adcock Elliott Mays, a niece of Starlon, remembers singing on Sunday radio in broadcasts by the Piney Grove Baptist Church Choir. Her description is one of “going up some steep steps” and in truth, the entrance ascended from Vance Street on the left of the building. WFVG was sold in January, 1949 and about six months later moved to Highway 55 West where the Broad Street Shopping Center is today.

The Fuquay Masonic Lodge # 258 signed a lease with the Senters for some upstairs space on May 13, 1949. The Masonic Lodge apparently continued to occupy quarters there until they moved to their new building on South Main Street. Laying a cornerstone for the present lodge building on October 6, 1960 (construction began in July) the Independent article notes that the Masons “had been meeting for several years over Hudson Belks.” Indeed, the Eastern Star had met there, also. The new Masonic Lodge was dedicated October 24, 1961 and thus the lease for the Vance Street site would have ended in that time frame.

When the Hudson Belk Company became the first large “outside” corporation to move into Fuquay Springs they leased the first floor of the Senter building located on the north side of Vance Street between Fuquay Avenue and Main Street. The lease was to run for five years.

Hudson Belk opened for business on August 29, 1949. The museums acquired many ads for the store for its archival collection, among which is a copy of the sales items for that opening date displayed for our visitors.

By the end of December, 1949 the Hudson Belk Company had acquired property from Woodrow and Zazelle Johnson on Raleigh Street. The company was clearly intending to become permanent.

When Hudson Belk arranged to purchase the building from the Senters on May 17, 1950 there were several provisions. There was the stipulation that the leases to the Masonic Lodge and WFVG for upstairs space remain in place. Another referenced the agreement on the Western wall on the lot owned by C. S. McCauley and G. W. Scott.

Optometrist Dr. A. N. Johnson opened his first office in Fuquay in upstairs quarters leased from Hudson Belk on July 7, 1950. His son Robert, Dr. Bob, was born exactly one week later, he remembers. The Johnson firm would vacate and move to Depot Street in 1953.

Another large corporation appeared on the Fuquay Springs scene in February, 1951. Cornell Dubilier, an electronic company, began operations in a portion of the upstairs of the Belk Building. The corporation had signed a lease with Talley Brothers, Proctor Barbour Associates for the Farmer’s Warehouses #1 & #2 on Jones Street January 31, 1951. That 80,000 square foot space would become the home of Cornell Dubilier when the warehouse remodeling was completed. When Cornell Dubilier celebrated their Fifteenth Anniversary in 1966, they recognized a number of employees who began their operations and planning over Hudson Belk.

By November of 1951, Hudson Belk desired more floor space. The company then arranged for the construction of a “good substantial” one-story addition which would become their men’s department. A. Y. Hairr, local builder, constructed the brick building bounded on the East by Hudson Belk’s two story building and located between the Twin City Laundry and Cleaners building on the West. The final sale of this property to the Hudson Belk Company by McCauley and Scott was completed in 1966. Prior to this conclusive sale, Hudson Belk had added some alley property beside and behind the original store and this new property.

Hudson Belk’s manager, James Avery, announced in the January 1, 1953 Independent that it had remodeled the store, with new tables and sales operation. Another interesting ad of March 19, 1953 shows Hudson Belk’s civic mindedness. Employees of Cornell Dubilier, Wake Manufacturing, and other local industrial firms are advised they may cash their pay checks at Hudson Belk. The store will have enough funds to provide this service for those who may not have local accounts in town or who may wish to shop at Hudson Belk.

Newly graduated lawyer, Jack Senter of Kipling, opened his first office over the Hudson Belk Company on Oct 8, 1953. His family are not sure how long he remained there, but his phone listing for his Vance Street office appears in our 1955 book. (We don’t own a 1954 listing to check that year.)

By 1960, Hudson Belk managers are announcing another civic minded operation. College Scholarship applications provided by the Belk Foundation are available for high school graduates who wish to take that opportunity.

Eventually Hudson Belk ceased to lease space upstairs and incorporated this floor space into the main store. Upstairs access was from a new indoor stair case between the floors which many later customers will remember. Interestingly, the clearest reference we can find within the Independent regarding Hudson Belk’s occupation of the entire building is a two page ad spread. Thursday, March 15, 1962 was Belk’s Grand Opening of their newly remodeled and enlarged facilities.

When Hudson Belk officially closed the Fuquay-Varina store on January 29, 2010, an era ended. With the availability of the building, Verian Properties picked it up the following December. Their establishment of local theater and dramatic arts culminated with the sale of three pieces of property to the Town of Fuquay-Varina in 2015.

The rebirth of the Hudson Belk Building for the Fuquay-Varina Cultural Arts Center begins a new era for this historic property.

*Note about banner photo: Door just beside the sign leads to the upstairs entrance.  Space between the two buildings dates this before the construction of  1951 addition.  Courtesy Philip Honeycutt to Museums.